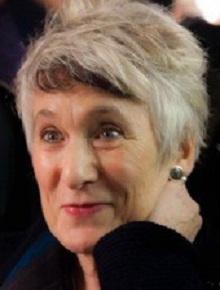 COME AND JOIN AN INFORMAL TALK WITH AWARD WINNING AUTHOR DIANA SOUHAMI WHO WILL BE DISCUSSING HER LATEST BOOK: ‘MODERNISM WOULD NOT HAVE HAPPENED WITHOUT LESBIANS’.

She has twice won US Lammys for the best gay writing and in 2014 was declared a Rainbow List National Treasure in the Lifetime Achievement category. Two of her books, The Trials of Radclyffe Hall and Coconut Chaos, were broadcast as BBC Radio 4’s `Book of the Week’. Mrs Keppel and Her Daughter was a New York Times `Notable Book of the Year’ and featured on the BBC’s `A Good Read’.Her first book Gluck: Her Biography was recently the basis for a BBC documentary and an exhibition at the Brighton Art Gallery. Among other titles Selkirk’s Island won the Whitbread biography award, Edith Cavell won East Anglia Book of the Year and Murder at Wrotham Hill was shortlisted for a Crime Writers golden dagger award.
She has also written plays for radio and stage.